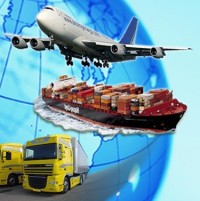 For any nation to assure reliable "food safety" for any and all GM edible plants, or plant components, which is processed into animal feed, food oil or food ingrediants, the completion of independent  toxicology tests is essential for:

To date, no independent complete set of such tests have been carried out on any GM plants. And, "food safety" toxicology tests carried out by Monsanto or other biotechnology companies have not been disclosed for independent evaluation.

We further request that the Chinese government organize independent toxicology tests on all GM crops that have already received the "safety certificate" issued by the Ministry of Agriculture of China. Such toxicology tests should include the four types of above mentioned toxicology tests.

Before the above-mentioned action is carried out on any GM crops that have already received the "safety certificate" issued by the Ministry of Agriculture of China, the Chinese government should issue a moratorium on the imports, processing, sales and consumption of such GM crops until the four types of independent toxicology tests are completed.