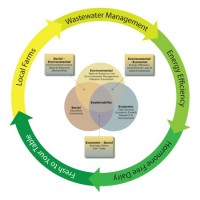 This shows that these most widely grown GMs have an accumulated harmful effect on the health of soil -- convincingly showing that GM agriculture is not sustainable.

The International Conference on Organic Agriculture and Food Security, 3 - 5 May 2007 stressed:

"Organic agriculture as a holistic production management system that avoids use of synthetic fertilizers, pesticides and genetically modified organisms, minimizes pollution of air, soil and water, and optimizes the health and productivity of interdependent communities of plants, animals and people. The term `agriculture’ is used in its wider sense to include crop/livestock systems, organic aquaculture and organic harvesting of non-timber forest products."

We have also brought and shared our experience on some effective techniques jointly developed by researchers in the USA, Germany and Brazil.

We also have great pleasure learning that some effective new techniques, some based on Chinese ancient achievements over 2300 years ago, are now been trialed and applied with encouraging results under different conditions in China.

We therefore, based on our joint experience, strongly suggest to the Chinese government that ecological and organic agriculture is the only long term sustainable future for China's agriculture to develop and provide sufficient, high nutrient healthy agricultural products without all the toxic residues brought by most GM products into the food supply.

By the above-proposed suggestions, the Chinese government will lead nations to greater health and prosperity, and make a great contribution to global mankind!